Trajan's Column was created in 113 AD to commemorate his two campaigns in Dacia (currently Romania).   The ancient column can be found near the Roman Forum in Rome Italy.

Since the 16th century, the statue perched at the top of the 40 meter column has been that of St Peter.  Previously, however, the honor went to Trajan himself. 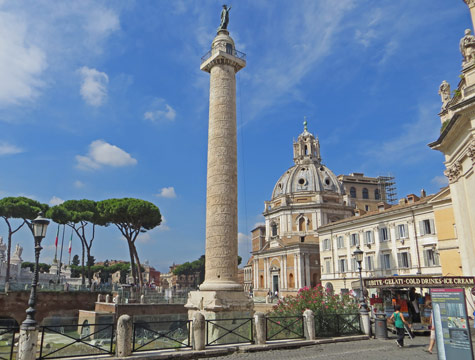 Trajan's Column is of historical significance as events from Roman history are chronicled pictorially on the column.