The Arch of Titus (Arco di Tito) is the oldest triumphal arch in Rome Italy.

Dating back to around 81 AD, this impressive victory arch was built by Emperor Dominitian to commemorate the suppression of a Jewish revolt in Palestine. 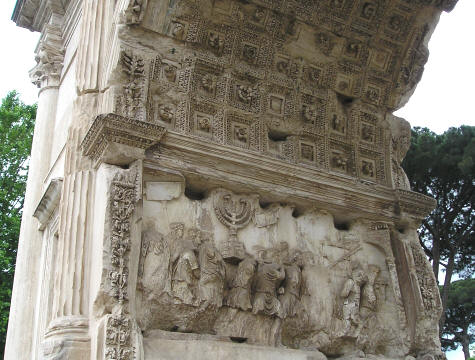 The artwork under the archway depicts victorious Roman legionnaires enjoying the spoils of their victory.

Some 50,000 Jews were brought back to Rome as slaves and were used to helped build this arch.