The Stadium of Domitian (Stadio di Domiziano) or hippodrome is located on Palatino Hill in Rome Italy.

Domitian was a Roman Emperor (51-96 AD) who had a passion for sport. He implemented the Capitoline Games in 86 AD which were similar to the Olympic Games. 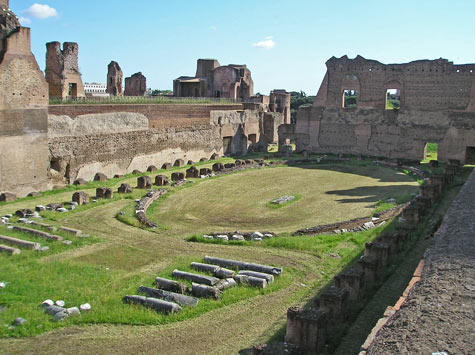 Held every four years, the games included various athletic events and chariot races. Gladiator fights, including ones between female and dwarf gladiators were also held.

Oratory, music and acting competitions also were held at the Capitoline Games.