The Forum was the heart of the Roman Empire and the centre for commerce, politics and social life.  At one time, the Roman Empire stretched across much of Europe and as far north as England.

Visitors to the Forum (i.e. Forum Romanum) will see many ancient buildings and ruins that date back two thousand years.  The largest buildings were the basilicas where legal cases were tried. 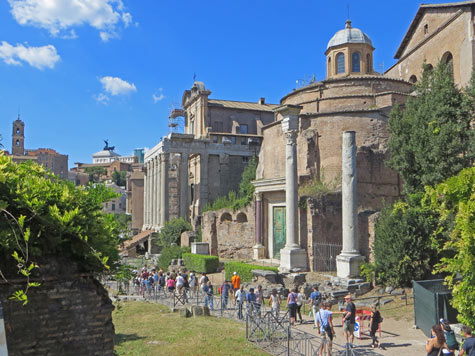 This Forum district of Rome is easily accessible by city bus or metro (Colosseo station).