The Basilica di Santa Maria Maggiore is one of several beautiful churches in Rome Italy.  Portions of the complex dates back to the fifth century.

The basilica incorporates a unique blend of architectural styles including Baroque and Romanesque. 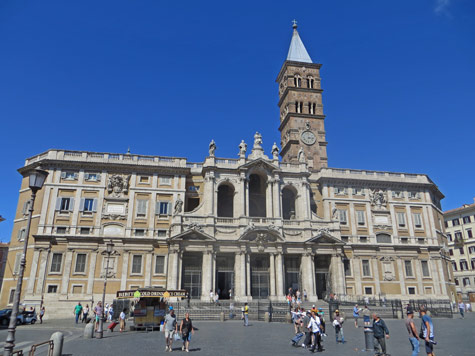 Directly in front of the basilica stands an Egyptian obelisk that was erected in 1587.

The Santa Maria Maggiore Basilica is located in the Esquiline district of Rome.  The Vittorio Emanuele Metro Station is located nearby.