Trevi Fountain is one of the most famous landmarks in Rome Italy.

The fountain features a statue of Neptune which was completed in 1762.  It is beautiful by both day and by night. 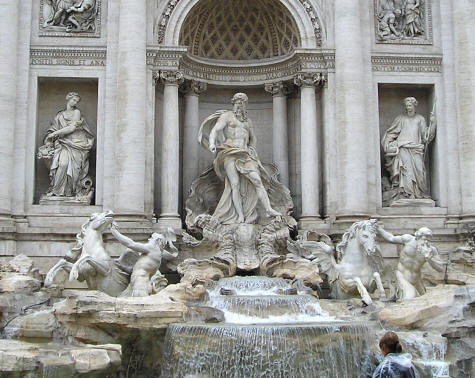 Trevi Fountain was featured in the 1954 movie 1954 entitled "Three Coins in the Fountain" starring Dorothy McGuire and Rossano Brazzi.

The theme song for the film won the Academy Award for best original song that year. It was later sung by Frank Sinatra.