The capital (Campidoglio) of Ancient Greece was once located on Capital Hill, overlooking the Roman Forum.  Today it is home to Rome's city government.

The Piazza del Campidoglio is the attractive 16th century plaza on Capital Hill (Capitoline Hill) in Rome Italy.  It was designed by Michelangelo in the 16th century. 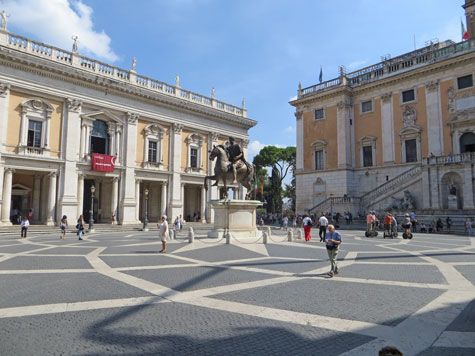 The Capitoline Museums are currently housed in two of the adjacent buildings. They contain priceless paintings and sculpture including the following:

Great views of the city of Rome and the Roman Forum can be enjoyed from viewpoints near Piazza del Campidoglio.